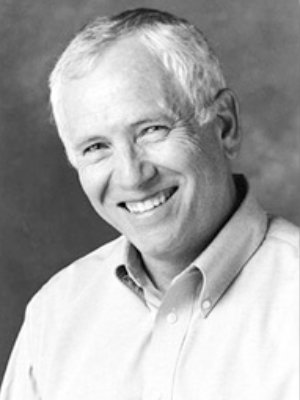 James Christensen artwork is inspired by myths, fables, fantasies, and tales of imagination. Applying his eye for the fantastic to people, landscapes and creatures (both real and imagined), Christensen has created a rich and strangely familiar world, rendered with exquisite skill and detail.

Painting in a variety of styles, from the lush Saints and Angels series reminiscent of European old master works, like "Madonna and Two Angels", to his whimsical and humorous works of satire like "Resistance Training", Christensen artwork appeals to a broad range of collectors.
"My aim," says Christensen, "always begins with a desire to connect with another imagination." He adds, "My work is an invitation to let your imagination run wild, explore, and make interpretations spontaneously."

James Christensen was born in Culver City, California. He grew up two blocks from the MGM studio; he and his friends often played in the back lot of the studio in Tarzan's pond or on sets for movies such as Gone With the Wind. James loved to tell stories and use his imagination in play and drawing.
Christensen attended Santa Monica City College, UCLA, and Brigham Young University, where he received his MA. After graduation, he worked as a freelance illustrator but continually worked on his own painting. Christensen created fantasy images for his own amusement, but he only displayed what he thought other people would like. However, he soon discovered that others liked his imaginative, magical worlds as much as he did. The universal predicaments of his fanciful characters touch a chord in their own lives and bring a wry smile of recognition. "Poofy Guy on a Short Leash" stars one of Christensen's overdressed, self-important little characters that deep down, we can all relate to!

Christensen was a faculty member of BYU's art department in Provo, Utah, from 1976 to 1997. He traveled with students in Mexico, Europe, and in Madrid, Spain. He returns to Europe frequently, and his art often reflects his travels.

Weaving dreams, hopes, fears, and humor into the fabric of everyday life, Christensen has created many enchanting works of art. "My paintings are meant to excite the imagination and invite the viewer to become a participant in the creative process," says Christensen.

Artifacts Gallery is proud to offer his complete portfolio of limited edition lithographs, giclees, books and sculpture to our collectors.