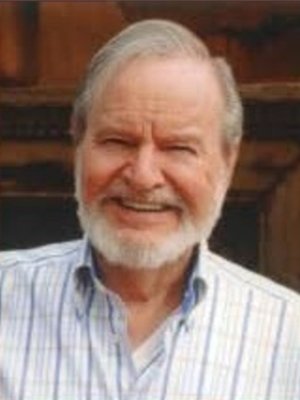 Howard Terpning was born on November 5, 1927 in Oak Park, Illinois. He was raised by his mother, an interior designer, and father, who worked for the Northwestern Railroad, in a typical mid-western middle class suburban household. After serving in the Marine Corps and attending the Chicago Academy of Fine Arts and the American Academy of Art, Terpning began his art career as a commercial advertising artist and illustrator in Milwaukee and New York.

Beginning in 1967, Howard Terpning joined the Marine Corps once again�this time as a Civilian Combat Artist in Vietnam. Terpning created six paintings as a result of his time in Vietnam, all of which are now displayed in Washington, D.C. in the Marine Corps Museum. His experiences in Vietnam and the tremendous empathy he felt for the Vietnamese people would also eventually be the underlying catalyst that would draw Terpning to the Native American people, namely the Plains Indians, and their way of life.

Following his return from Vietnam, Howard Terpning continued his work in commercial art, illustrating for widely distributed publications like Reader's Digest, Ladies' Home Journal and Newsweek, as well as creating movie posters for more than 80 films, including The Sound of Music.

In the early 1970s, Terpning began to grow tired of the commercial illustration business and started experimenting more and more with the creation of his own art, which he found extremely rewarding and uplifting. Terpning would gradually phase out his commercial art assignments, and focus solely on creating his own original works, most of which were western-themed. In 1976, Howard Terpning decided to devote himself full-time to chronicling the lives of the Native American people.

Today, Howard Terpning is celebrated as one of the most talented and prolific artists in his field. His visually stunning artistic ability has garnered Terpning numerous esteemed awards and recognitions throughout his illustrious career, including the prestigious 2005 Masters of the American West Thomas Moran Memorial Award and a lifetime achievement award from the Autry National Center, as well as an award from the Eiteljorg Museum of American Indians & Western Art for excellence.

In accordance with Howard Terpning's philosophy, preserving historical events in art allows the viewer to become a part of the past. By bringing the captivating and emotional lives of the Plains Indians to life on canvas, Terpning leaves us with a tremendous respect, reverence and appreciation for the Native Americans, with a yearning desire to learn more.